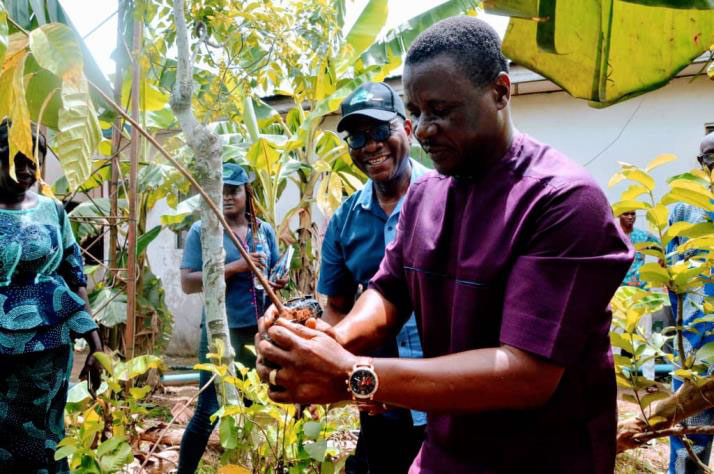 A workshop on cocoa, in collaboration with the South-South Region of Nigerian Export Promotion Council (NEPC), was organized for the farmers and extension workers in Bayelsa State on April 21 to 22, 2022 at Yenagoa. A total of fifty (50) participants (trainees) were in attendance at the workshop. Among the farmers present at the workshop were existing cocoa farmers in the state, other crops farmers who are interested in cocoa farming and extension officers of the state. Some of these farmers have hectares of cocoa farms inherited from their parents, some acquired land and planted the cocoa themselves, while others are planning to start cocoa farming, all within the state. The representative of the Executive Director, Dr. Olasupo Festus made a presentation titled: “Optimizing Nigeria Cocoa Production and Quality: From Bean to Bar” at the workshop.

The training was hands-on as participants were exposed to practical demonstrations at the Bayelsa State ADP plot of land in Yenagoa. In attendance was the Commissioner for Agriculture, Chief David Alagoa and the Majority Leader of Bayelsa State House of Assembly, Hon. Monday Obolo. The two government representatives expressed their interest in partnering with CRIN for the promotion of cocoa farming and business in Bayelsa State in the coming planting season.